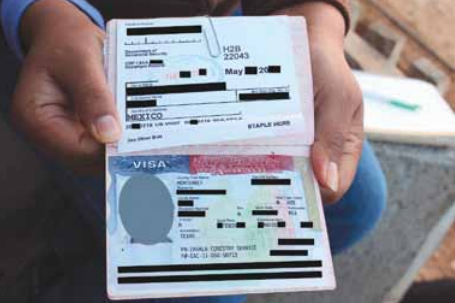 THE TEMPORARY SUSPENSION OF THE H-2B PROGRAM ENDS

On March 4th, 2015, a Florida district court issued a decision in Perez v. Perez saying that the U.S. Department of Labor (DOL), which has traditionally created regulations for the H-2B visa program, does not have the authority to create those regulations. Consequently DOL was unable to administer the program for several days and the program was temporarily suspended.

You can read more about the suspension in this article from Contratados.

Two weeks later, on March 18th, a federal U.S. court issued a stay allowing DOL to continue enforcing its former regulations for the H-2B program until April 15, 2015. As a result, DOL has resumed processing applications from employers looking to hire workers through the H-2B program, and will continue doing so at least until April 15th.

On March 14th, the U.S. Department of Homeland Security (DHS) and DOL announced plans to jointly issue new regulations for the H-2B program. This joint action should allow the H-2B program to continue operating indefinitely.

WHAT DOES THIS MEAN FOR H-2B WORKERS?

If the company that you work for or are planning to work for with an H-2B visa during 2015 received approval from the U.S. government before March 6 to hire H-2B workers, you can continue the process to apply for an H-2B visa at a U.S. Consulate.

If the company that you work for or are planning to work for with an H-2B visa during 2015 did not receive approval from the U.S. government before March 6 to hire H-2B workers, and if its application was held up in DOL and DHS’s revision process between March 4 and 18, it will now be possible for the company to receive certification. However, there is no guarantee that the program will not be stalled once again, nor that all employers’ applications will be approved by the government agencies. If your company receives certification you will be able to continue the process to apply for an H-2B Visa at a U.S. Consulate.