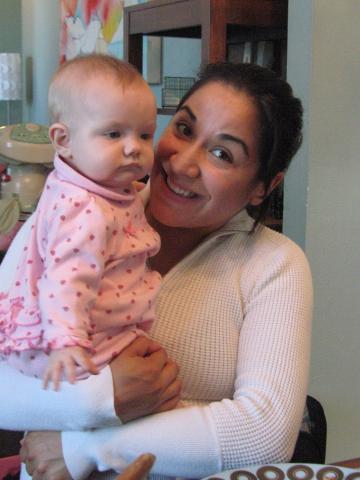 Each year approximately 13,000 people from diverse countries travel to the United States to work as au pairs, or childcare workers, using J-1 visas. Most of them are young women. Created in 1986, the au pair program is considered a cultural exchange program under U.S. law. During the international labor recruitment process, au pair sponsor agencies promise a culturally enriching experience in exchange for providing childcare to a host family.

However, critics of the program—including academics and government researchers—have argued for years that the au pair program is more similar to a temporary work program than a true exchange, and that the U.S. government should consider it as such. J-1 au pairs typically work 35 hours per week for a fixed salary of $197.75, or $4.35 per hour, the minimum as determined by the U.S. Department of Homeland Security (DHS). Many au pairs pay hundreds or thousands of dollars in fees to secure the opportunity and obtain their visa.

This year, five former au pairs have decided to fight to reform the program, which they consider exploitative. With legal support form the labor rights organization Towards Justice, these women have sued au pair sponsor agencies, including InterExchange, Agent Au Pair, GreatAuPair and others. They claim that these agencies have used illegal tactics to keep au pair salaries artificially low—so low that they do not comply with state minimum wage laws.

In March, Johana Paola Beltrán, one of the plaintiffs, spoke about her experience with the Washington Post:

“When I was in Colombia, InterExchange told me that being an au pair would be wonderful and that I would explore another life, language, family, culture and that if anything bad happened to me they would be there to help,” Beltran said. "Instead, my host family treated me like a maid.”

The lawsuit is a class action that seeks to win damages and unpaid wages for over 30,000 current and former au pairs. It is currently being litigated in the state of Colorado.

Have you had a similar experience? False promises in the international recruitment process and excessively low wages are common not only in the J-1 au pair program, but also in other temporary visa programs, including H-2A and H-2B.

If you have experienced fraud in the labor recruitment process, unpaid wages or other violations to your labor rights, share your story anonymously on Contratados.org to help others to protect themselves and defend their rights when dealing with dishonest recruiters and abusive employers.