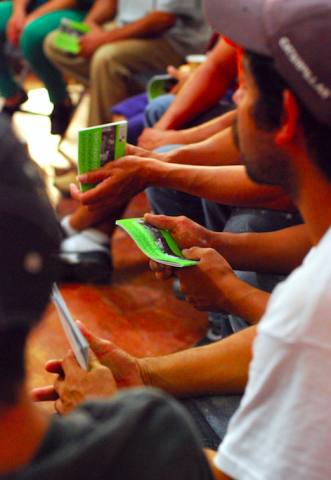 Existing H-2 guestworker programs are rife with abuse. Migrant workers under these programs suffer from pervasive recruitment abuses, illegal fees and wage theft, among other common violations. Inadequate government oversight and workers' limited access to legal services and courts often means that employers can commit these abuses with impunity. Chairman Goodlatte rightly describes the current H-2A program as flawed. However, his proposal to cut wages and further limit workplace protections for migrant workers would only magnify the existing program's deficiencies. Notably, the proposed legislation would further constrain migrant workers' rights by mandating that their employers withhold a percentage of their wages as a bond; would weaken workplace protections; and, would loosen, or eliminate entirely, government oversight of the program's limited labor protections by transferring responsibility for the program from the Department of Labor to the Department of Agriculture.

The AG Act's marketing blatantly commodifies migrant workers, highlighting the agricultural industry's desire for a "stable" and "reliable" workforce while ignoring the need for robust labor protections for vulnerable workers who are frequently victims of egregious workplace abuses. The sponsors of this bill are catering to business interests at the expense of workers.

We demand that Congress instead consider comprehensive reform that protects all workers and immigrants, instead of piecemeal bills that expose our nation's workforce to exploitation.