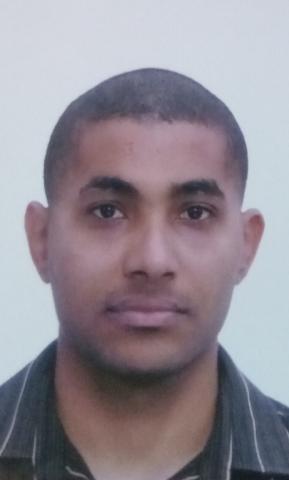 Oliver Benzon, a former worker in the J-1 Summer Work Travel Visa program, shares his experiences in order to demonstrate the serious need to regulate the recruitment of J-1 workers to protect against fraud, discrimination, and exploitation.

Growing up in the Dominican Republic I always dreamt of traveling and working in the United States. That’s why I decided to get a J-1 Summer Work Travel visa. The sponsor agency at home promised me a cultural exchange -- I would improve my English, meet people and immerse in the American culture. I’ve gone through the program twice -- for many of us students, the experience feels more like exploitation.

The first time, I worked at an amusement park in Illinois. It was a disaster.

Here, in the Dominican Republic, I was told by my agency and other mates that I should give the J-1 program a second chance. The agency convinced that they would be giving me the “big and exclusive preference” to apply to working in the Ocean City MD -- one of the biggest markets for J-1 students because of their multiple hotels, restaurants, beaches.

The price tag for this cultural exchange was hefty. I paid $3,000 dollars for this opportunity. That included program fees, transportation and other expenses. That’s more than 18 months worth of minimum wage in the Dominican Republic. I worked tirelessly at a call center for 6 months in order to be able to afford this opportunity. Working at a call center is known to be one of the most stressful jobs; it’s one of the prominent outbreaks of labor exploitation in developing countries. The agency convinced me that it was worth the price tag.

I had been hired to work as a cook at a restaurant, but when I arrived, I realized the restaurant wasn’t even ready to open. So instead, I had to work in construction to set up the restaurant. Most of my co-workers and I did not have enough money to pay our expenses. In those first two weeks, I had to borrow money just to be able to pay for food. I literally could not afford to eat.

After weeks, the restaurant opened its doors. I realized there would be no cultural exchange, especially as a Dominican of African descendant. We were sent to the kitchen in the back watching how the majority, if not all, of the waiters, waitresses and busers were white Europeans getting better benefits and a lot of tips.

Once the restaurant opened its doors, I was exposed to a less than immersive English course. Other than food terms like specific dishes or vegetables we used in the kitchen, I mostly learned curse words. Because that’s how our supervisors addressed me and my co-workers. I was shocked when my supervisor paid me a very small percentage of the hours that I had worked. He just said that I could take or leave the money he was offering me. We were treated like dirt because our supervisors knew we couldn’t complain.

I repeatedly spoke with my sponsor agency, who promised to mediate the issue. They assured me they were handling the dispute. This was all a lie. Driven by greed, they were siding with employers all along. My mistake was to trust them.

I tried to take legal action and contacted U.S. authorities, but barriers were insurmountable. I got no remedy. Laws favor businesses and leave us workers -- hundreds of thousands of us -- unprotected.

I have dealt with depression since. It is very hard when you know that you have the proof of injustice in your hands and you cannot find help anywhere. But I will not be silenced again.

I am speaking out because I don’t want others to fall into this trap. I sincerely dream of the day when I can see those who are abusing workers by using this program stripped of their permission to employ J-1 workers or any other immigrant who arrives in the US to work. Sponsor agencies need to stop dealing with employers who have complete disregard for human dignity and equity. Employers must respect all workers -- regardless of where we come from, status, race or sex. I'm more than tired of being racially stereotyped. Enough is enough.

The government needs to stop masquerading this program as a cultural exchange. The world needs to know about this program -- a government-approved program that businesses are using to denigrate workers’ rights.

Now I’m back at the call center. I used to dream about going to work in the United States but was faced with deception -- not because my expectations were high but because I was deceived. Now my goal is to be an agent of change -- fighting for equity and dignity of all workers -- because letting injustice go is not an option. I am not giving up.