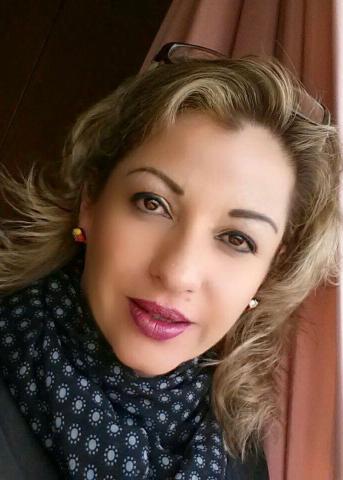 Workers in the TN visa program, which was created under the North American Free Trade Agreement (NAFTA), experience fraud, economic coercion, and retaliation, the root of which is employer control of the visa and hiring processes. Centro de los Derechos del Migrante, Inc. (CDM) advocates for policies that empower TN workers through transparent processes and access to justice.

Beatriz Magrassi was recruited to work as a management consultant on a TN visa in late 2014. When she arrived in the US, she realized that she wouldn't be assuming a leadership role as she had been promised; instead, she would perform secretarial duties that would have been appropriate for six employees. Meet Beatriz, one of the workers who has courageously shared her story.

"About a month into my job I suggested to my boss that they hire more employees so that I could start doing the work that had been hired for. My boss responded that the company did not have any money to hire any more employees, but the boss' response to my suggestion did not end there. For various hours he kept me locked up in the office, yelling at me, insulting me, and saying that I could not leave until he said so because he paid my salary. Shortly after this incident, the office abruptly closed, and only then did I learn that even prior to offering me a job the company had already filed for bankruptcy.

I found myself in an impossible position: I had lost my job, I was unable to seek another employment because of the terms of my visa. In a matter of months I had lost everything. I tried to seek legal help but was unable to find legal counsel that knew enough about the TN visas to take my case.  Instead, I was forced to sell everything I owned to cover the debt I was left with as a result of the high costs I incurred.

This situation ended my financial autonomy and my human right to provide for my daughters and myself. It put us in a devastating economical, psychological and emotional position, forcing us for months to live a nightmare and nullifying our possibility to worthily repatriate to Mexico."