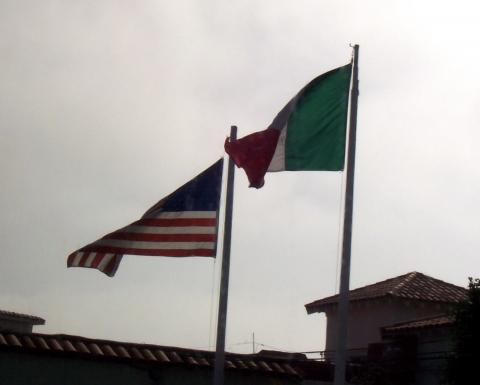 Each year, thousands of people fall prey to trafficking and labor exploitation. According to a new report by Polaris, an organization committed to combating human trafficking, many of these people are migrants with temporary work visas, including H-2A, H-2B and J-1 visas.

In late September, Polaris and Consejo Ciudadano, a Mexican organization that encourages citizens to file complaints, launched a collaborative, binational anti-trafficking hotline. Polaris has operated a national anti-trafficking hotline in the United States since 2007, and Consejo Ciudadano in Mexico City is in the process of establishing a national hotline for Mexico.

Last week, My Lo of Polaris and Luis Wertman Zaslav of Consejo Ciudadano shared information about their collaboration on a show as part of the Voy Contratado series on Radio Bilingüe. Listen to the program here.

Here are some highlights from those interviews:

On the definision of trafficking:

My Lo: “When we receive a call, we usually say that if the person is in a situation where they are forced to work or to provide a service—it can be manual work, domestic work, sex work—and cannot leave because of fraud, force or control, that qualifies as human trafficking.”

On the reason for a binational hotline:

On who responds to calls:

My Lo: “People who answer calls to our hotline are professionals. Most have experience working with communities in crisis, communities that are vulnerable to various crimes. When they begin working with us they go through nearly 80 hours of training so that they understand the various trafficking situations that can come up and also so that they can understand the psychology of the victims who call. That is how we ensure that our hotline services are sensitive but also efficient.”