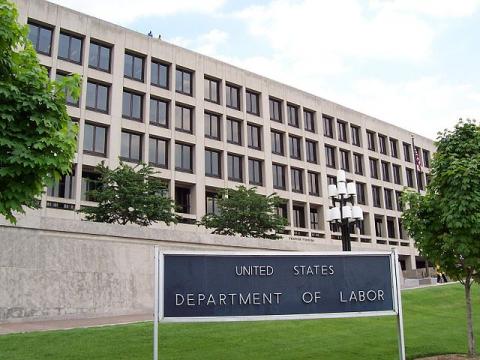 TEMPORARY SUSPENSION OF THE H-2B PROGRAM

On March 4, 2015, a district court in Florida issued a decision in the case Perez v. Perez that effectively suspended the regulations for the H-2B temporary visa program. The decision says that the Department of Labor (DOL) lacks authority to create regulations for the program and, as such, the current regulations are not valid. As a consequence, the regulations for the program were suspended and, for the moment, the DOL cannot continue to administer the H-2B visa program. No new labor certifications or visa certifications will be issued by the DOL or the Department of Homeland Security (DHS) for a temporary period of time. The State Department has indicated that it will continue to conduct interviews and process visas if there is an approved H-2B petition. In order for the H-2B program to return to normal operations, the DOL and the DHS should promulgate joint regulations.

For a worker to obtain an H-2B visa, a U.S. company has to first request permission from three U.S. government agencies to hire workers from other countries. First, the company’s application is submitted to the Department of Labor (DOL) to receive certification of the employment conditions. Next, an application is submitted to the Department of Homeland Security (DHS) to be approved for a certain number of visas. Finally, a U.S. consulate interviews workers and issues the H-2B visas.

Write a review about a recruiter or employer today and help others avoid fraudulent recruiters and abusive employers.

This court decision means that the first two agencies (DOL and DHS) will not approve new applications. However, the U.S. consulates will still continue to issue H-2B visas to workers if their U.S. employer has already received approval by the DOL and the DHS. Thus, if a company’s petition to hire workers on H-2B visas was already approved by the DOL and DHS, the company can still arrange interviews for its workers at a U.S. consulate. The DOL and DHS, however, will not approve new applications at this time.

This decision is one of various decisions issued about the H-2B visa program in the last several years. In 2012, the DOL issued new regulations for the H-2B visa program that provided more robust protections for workers. After a lawsuit, the 2012 regulations were suspended, leaving the 2009 regulations in effect. The worker protections in the 2009 regulations, which were in effect until the March 4 ruling, were considerably weaker. CDM and other advocacy organizations are requesting that DOL and DHS work together to jointly issue the 2012 regulations. The 2012 regulations include protections against recruitment fraud, illegal recruitment fees, human trafficking, and benching, a practice where employers hire workers and then fail to provide them with sufficient hours of work.

WHAT DOES THIS MEAN FOR H-2B WORKERS?

If the company that you work for or are planning to work for with an H-2B visa in 2015 did not receive approval from the U.S. government to hire H-2B workers before March 6, your company will not be able to hire workers at this time. These companies will have to submit their application to the DOL and DHS when the H-2B be program suspension has been lifted. This means that these companies will not be able to make appointments for their workers at U.S. consulates because they have not yet received approval from the DOL and DHS.