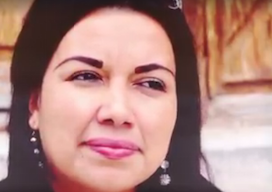 To commemorate #LatinaEqualPay Day, Adareli Ponce, a member of CDM’s Defense Committee, shared her experience and perspective as a migrant woman working in the United States.

Adareli signed her first employment contract in 2003, and worked in packaging for a chocolate factory in the United States for several months during the years that followed.--------

How would you describe the problem of discrimination faced by women migrant workers?It’s a subtle discrimination that many don’t even notice. We definitely did not feel like we had the right to complain -- because we were afraid and in a foreign country. It was things we heard around us like: don’t give them this kind of or that kind of work because they will not be able to do it, or they will get hurt. These comments made us realize that they did not believe in our ability to work.

At first, I didn’t know if this only happened in my company, but I began to notice that my female friends were having similar experiences in different places and industries. This kind of mindset doesn’t allow us women to go into new areas or industries; it pushes us to jobs that can have lower pay.

We suffer because we can’t say anything about it; we have no choice. It’s like a never-ending story; you’re a woman, and because you’re a woman, you’re only given certain jobs, and if you complain, you won’t get more work. How has CDM helped you deal with this situation?

The most important thing CDM has given me is information, which becomes the base that propels us. When they explain to us our rights as workers, which I ignored when I started out, they give us a tool than we all can and should have to defend ourselves. CDM’s support made us feel like we’re not alone. What would you say Latinas who have suffered discrimination?

The United States is full of working Latinas who come from Mexico and other countries, and I think we all go through this in some way or another. For this reason, my advice would be to put effort into what we’re doing and join the fight. This should be a fight in which we support each other to prove that our work is worth a lot, and that we should be respected. Yes, we work out of necessity, but that doesn’t mean we deserve worse treatment. I really do believe that if we unite and have faith, things can change; hope can be a driver of change.

Click here to read more about your rights as a migrant worker.