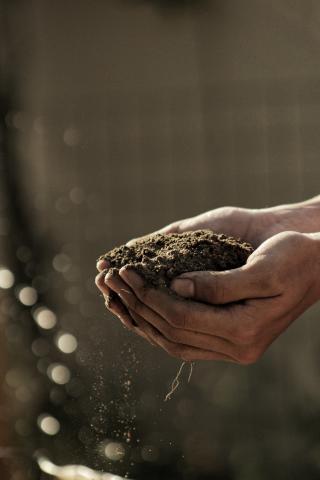 August 30, 2019 -  Every year hundreds of thousands of H-2A migrant agricultural workers travel to the United States from their home communities, most of them in Mexico. The  program, which is structurally flawed, has tripled in size in the last decade, and it’s expected to continue expanding, putting many migrant workers at risk.

While the H-2A program offers a few key protections in housing, transportation, and wages, among others, employers have not always abided by them. In this vacuum of protections, thousands of workers have experienced fraud in the labor recruitment process, have become indebted to work in the U.S., lived under deplorable conditions, and have been pressured to work under exploitative conditions.

Now, several of these protections are being directly threatened by several proposed changes in regulations published by the U.S. Department of Labor on July 26, 2019.

WE-- YOU and I-- have the opportunity to rally and protect the rights of H-2A workers! The Department of Labor is taking public comments on these changes, and we must remind them that workers’ rights must be at the forefront of any changes in regulations that directly affect workers. The U.S. government will accept public comments about the about the rules until September 24, 2019.

It is critical that the government hear the voices of workers and people who support protections for migrant workers. Submit a public comment TODAY and ask the government not  to implement harmful suggested changes in the final rule for the H-2A program!

I write to express my concern about and opposition to several of the proposed changes to the H-2A temporary foreign agricultural worker program. The announced modifications in transportation, wages, and housing, among others, will further H-2A migrant farmworkers’ susceptibility to abuse and indebtedness and increase existing power imbalances between employers and workers. Under the proposed regulations:
Workers will have to pay to work by assuming costs of travel and transportation from their communities of origin to the consulate or embassy. Instead of covering migrant workers’ entire journey, as regulations currently require, employers will only be mandated  to reimburse workers for travel expenses incurred from the consulate or embassy to their place of work. This would disproportionately affect indigenous workers who often pay higher costs for traveling from isolated communities.
Already, employers often do not reimburse what is required by the law, impacting migrant workers’ ability to pay off loans acquired to pay for traveling expenses. Proposed rules would only exacerbate the problem by increasing financial burdens on workers.   The H-2A program is rife with wage theft and other abuses; DOL should not impose additional costs on vulnerable workers who already suffer from violations of existing law.
New wage calculations would also undercut wages for farmworkers -- a population that is already underpaid. The current methodology by which wages are calculated would be replaced with an alternative formula that could significantly lower H-2A workers’ wages in many states throughout the country. As it is, H-2A workers regularly report financial challenges and poverty due to low wages, loans, and costs of travel. This change would only exacerbate these problems.
Workers’ housing conditions would depend on the goodwill of employers -- not government oversight. Deplorable housing is a recurrent issue for workers under the H-2A program.  With the new rules, buildings could be certified as housing for up to 24 months-- a period that extends over several work seasons and multiple visa issuances-- instead of the current annual government inspection. Relying on employers employers to self-inspect will result in housing worse than what workers already receive.
The Department of Labor is obligated to protect the rights of workers under the program. Consequently, I urge you not to implement suggested changes as that action will  directly threaten the livelihood of workers and that of their families.
Sincerely,
[NAME]